As I stood and looked out over Penobscot Bay from eighty feet above its familiar expanse on October 25th, it struck me how devoid of marine traffic the seascape had become. Of course summer is but a memory now, and even the last of autumn’s colorful personality is falling rapidly to the ground, but accepting the realities posed by the changing seasons does not always come easy.

From my perch next to Owls Head Lighthouse, the finality of a season of fun and warmth fell over me in convincing fashion for some reason. Maybe it was the sight of rain falling out over the bay – though it felt cold enough to snow thanks to a noticeable wind chill, or maybe it was the sun breaking through to cast its late-day golden glow upon the lighthouse, but a glow that no longer possessed the power to warm.

Whatever the reason, I resigned myself to the fact that the annual “page” had finally been turned and soon enough, the gales of November would announce themselves uninvited upon Penobscot Bay.

Yes, the ferries make their dutiful crossings to the islands as always, and a group of hardy lobstermen still make the rounds to tend their traps, but the majestic windjammers have now disappeared and hardly a sailboat ventures out over the restless brine these days.

The melancholy feeling of the moment was quickly banished though as I marveled at the dramatic mood that took command of the seascape before me. Contrasting light and color created some amazing transitions at day’s end, and in the process, the transition of seasons seemed to finally meld together in my mind, if not my heart!

Believing the wonderment of the Maine coast is as much about how it stirs our emotions as it is visually pleasing, Bob endeavors to use his photography – often times laced with scene-inspiring sentiments, to capture the depth of its beauty and charm. 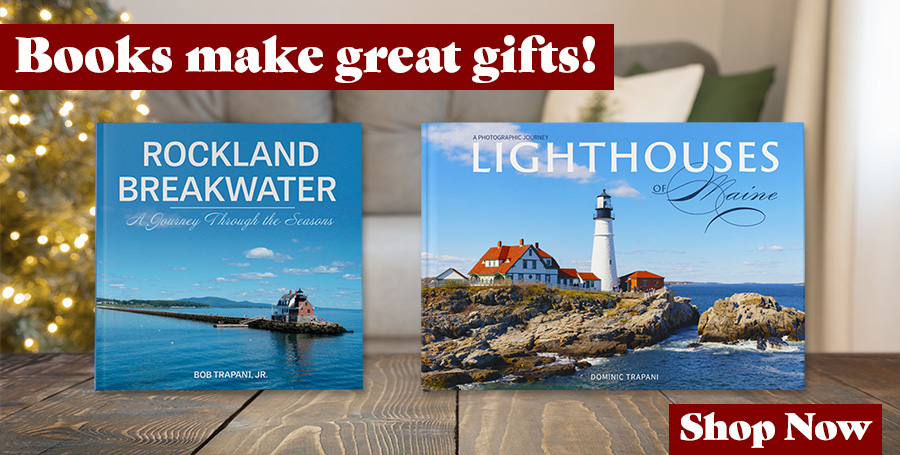 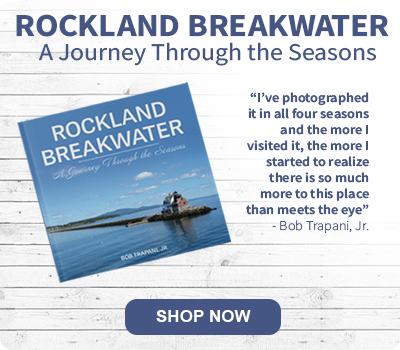